Hon Judith Collins is the Member of Parliament for Papakura for the National Party.  She is the spokesperson for Housing and Urban Development and Planning (RMA Reform). 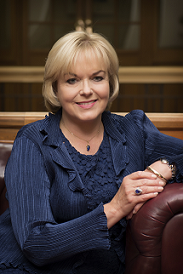 Judith was first elected to Parliament representing the Auckland seat of Clevedon in 2002. Following electorate boundary changes she was elected MP for Papakura in the 2008, 2011, 2014 and 2017 elections. As a Minister under the previous National-led government she held a range of portfolios including Justice, Police, Corrections, Energy and Resources, Revenue, Ethnic Communities, ACC and Veterans’ Affairs.

Prior to her election to Parliament, Judith was a lawyer and company director. She was Chair of the Casino Control Authority and served as President of the Auckland District Law Society and Vice-President of the New Zealand Law Society.

Ms Collins is passionate about equal opportunities for women and encouraging more women into leadership roles.

Ms Collins holds a Bachelor of Laws, Master of Laws (Honours) and a Master of Taxation Studies from the University of Auckland.