Telecommunications Dispute Resolution Service (TDR) assists more than 2,000 consumers and small businesses a year in resolving complaints with their telecommunications providers.  Over the last 11 years, we’ve learned a thing or two about the best way to handle complaints.  Come along to this interactive session and learn some top tips for how to handle complaints from your customers.  Topics covered include how to set up an easy complaints process, how to recognise complaints, and what to do about them. 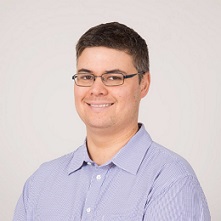 Date:  Tuesday 7th May, 2019, 12.30pm-1pm
Where:  Room 3, Lower Hutt Events Centre, Laings Road, Lower Hutt
Fee:  Free to attend - register using  register (under action word) at top right side of this page
More Info:  Click here for more information - Presentations are held across 4 seminar rooms, throughout the day starting from 10:30 am and will run for approximately 30 minutes.