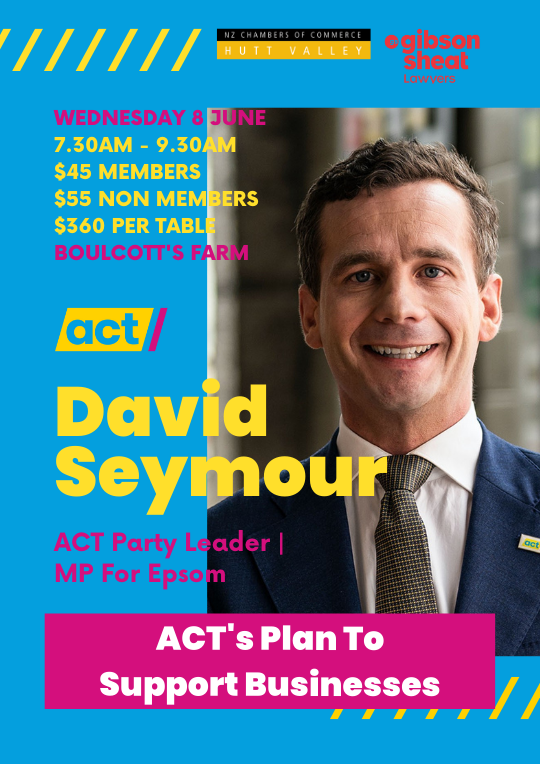 As part of the Gibson Sheat Political Series The Hutt Valley Chamber is hosting ACT  Party Leader, David Seymour to talk to our business community about how ACT Party plan to support businesses.

David graduated from University of Auckland in electrical engineering and philosophy, after which he spent time ion Canada as a policy analyst for a Think tank. After a number of years in Canada he returned to NZ and was first elected in 2014

Government should be there to help in the hardest of times, but it should not breed dependence or try to impose some people’s vision of the good life on others

When the government taxes and funds services, such as education, it should give people a choice of provider

On social issues, people should be able to live (and die) as they please so long as they are not harming anyone else.

David will talk to areas that our business community have identified as barriers to improving their confidence. These include: